The city of Takayama is a popular sightseeing location, known for its beautifully preserved wooden buildings, temples, museums, and the colorful Takayama Festival which takes place twice a year in the spring and autumn. In winter Takayama is a popular destination for ski trips in the surrounding mountains. Takayama can easily be reached from Kanazawa by train, bus, or car. 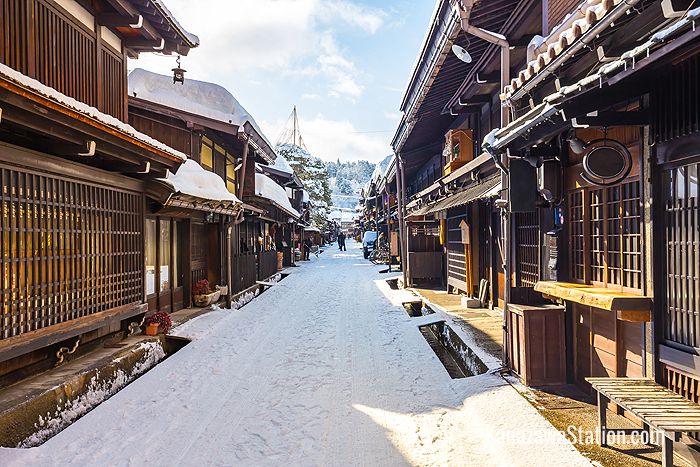 Takayama Old Town in the winter

Takayama Old Town on Sanmachi Suji is the old merchant district of Takayama. Its streets are lined with traditional wooden houses many of which date from the 19th century and are now used as restaurants, cafes, and souvenir shops. Sanmachi Suji is a 12 minute walk from Takayama Station. 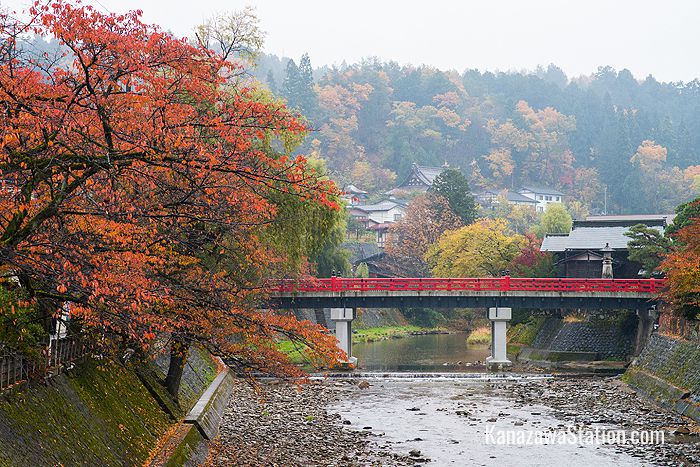 The Higashiyama Walking Course is a pleasant 3.5 km strolling route along which you can see many temples and the castle ruins in Shiroyama Park. The course begins in Teramachi (“Temple town”) which is 9minutes walk east of Sanmachi Suji via the Yasugawa shopping street.

Takayama Jinya is a historical former local governor’s office. The first office was built here in 1692, but the present main building was built in 1816 and remained in use until 1969. English tours of the premises are available in which you can view beautifully restored tatami mat rooms and there are many historical artifacts in the old storehouse which now functions as a museum. Takayama Jinya is a ten minute walk from Takayama Station and entry is 430 yen.

There are two lively morning markets in Takayama: one just outside Takayama Jinya and the other by the banks of the Miyagawa River which get started at 6.00 each morning and are usually packing up by noon. Stalls sell fruit, vegetables, pickles, crafts, sweets and souvenirs.

Takayama Festival Float Exhibition Hall exhibits four of the floats which parade in the city’s autumn festival. The floats are beautifully decorated with gold and lacquer-work and some floats also have puppets! The hall is located on the grounds of the Sakurayama Hachimangu Shrine and is a 20 minute walk or 9 minute taxi ride from Takayama Station. Entry to the hall is 900 yen for adults, 550 yen for Senior High Students, and 450 yen for Junior High Students and younger.

The Hida-no-Sato Folk Village is an outdoor museum with traditional thatched roof farm houses and demonstrations of local crafts and traditional farming life. Entry costs 700 yen for adults and 200 yen for children aged 6-15. The folk village is a 30 minute walk from Takayama Station or you can take a “Sarubobo” bus from Takayama Bus Center next to Takayama Station and be there in 10 minutes. The fare is 210 yen.

Takayama can be reached from Kanazawa by train, bus, and car. The fastest way to travel between these cities is by car. However, when you consider the cost of renting a car, taking a bus to Takayama is probably the cheaper option.

To travel from Kanazawa Station to Takayama Station you will need to travel first to Toyama Station by shinkansen or by local lines and then transfer to the Limited Express Hida which runs on the Takayama Main Line. The Limited Express Hida takes around 90 minutes to travel between Toyama and Takayama. If you first take a local train to Toyama before transferring to the limited express, the journey will take around 2 hours and 40 minutes and cost 4,060 yen. If you take a shinkansen to Toyama first then the whole journey will take around 2 hours and cost 5,610 yen. 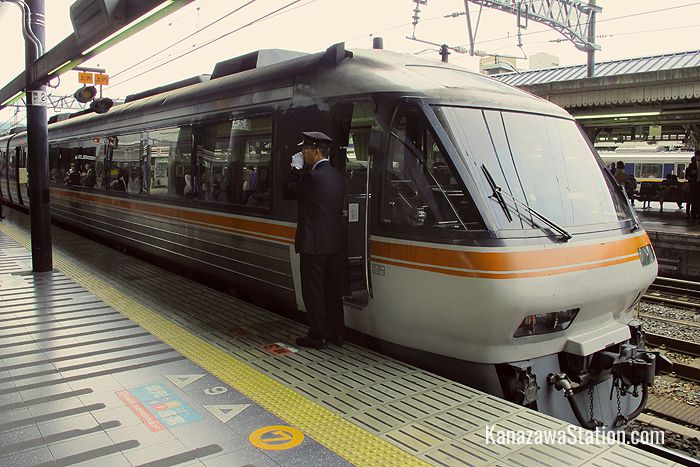 The Hokutetsu Highway Bus company runs four daily services to Takayama which depart from Kanazawa Station at 8.10, 10.50, 13.10, and 16.00. The journey takes around 2 hours and 15 minutes and costs 3,390 yen for adults and 1,700 yen for children for a one-way trip. Buses depart from bus stop #2 at Kanazawa Station’s east exit bus terminal. 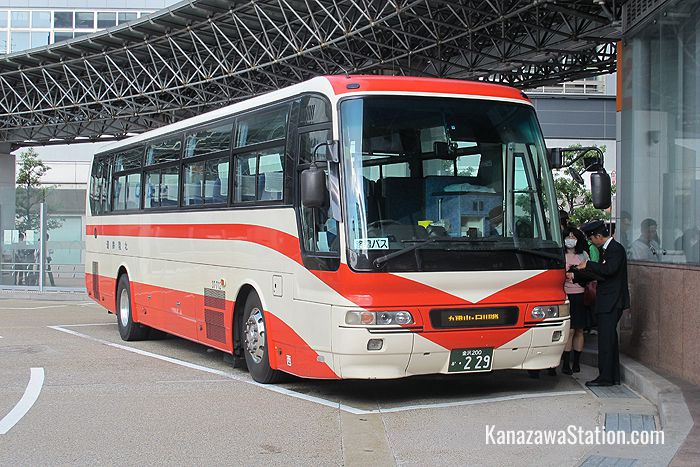 The Hokutetsu bus for Takayama at Kanazawa Station

To travel from Kanazawa to Takayama by car you should take the Hokuriku Expressway, the Tokai-Hokuriku Expressway, and the Chubu-Jukan Expressway. The journey should take around 1 hour and 30 minutes and cost 2,970 yen in toll fees. Of course this does not include the cost of renting a car. For more information on local driving check our article on Car Rental in Kanazawa.