Kanazawa has its fair share of festivals, both traditional and modern. If you can time your visit to Kanazawa to coincide with one of these unique celebrations then you are in for a rare treat! Here’s a complete list of Kanazawa’s major annual events.

Kagotobi Dezomeshiki is an unusual annual festival held by over a thousand of Kanazawa’s firemen who gather in Kanazawa Castle Park to show off their bravery and traditional skills. Wearing Edo era costumes, firemen perform daring acrobatics from the top of high ladders, spinning and whirling to the cheers of spectators. There is also a display of more modern (and practical) firefighting drills with a massive discharge of water from multiple hoses. 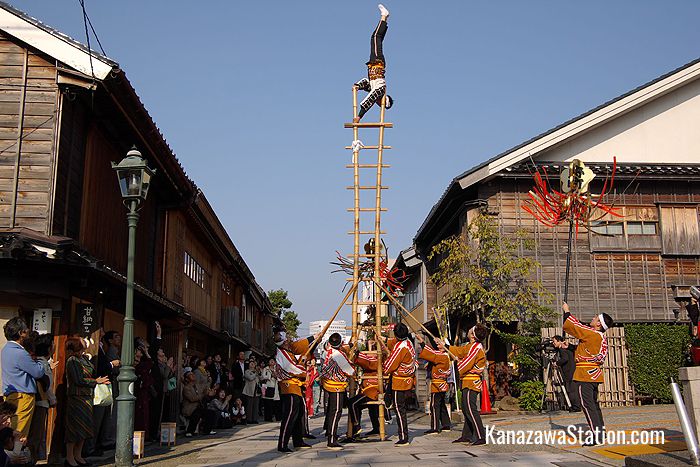 The cherry blossom season, with its clouds of perfect pink sakura blooms and merry picnic parties under the trees is both Japan’s prettiest and its happiest time. Winter is over, spring is here and everyone wants to celebrate! 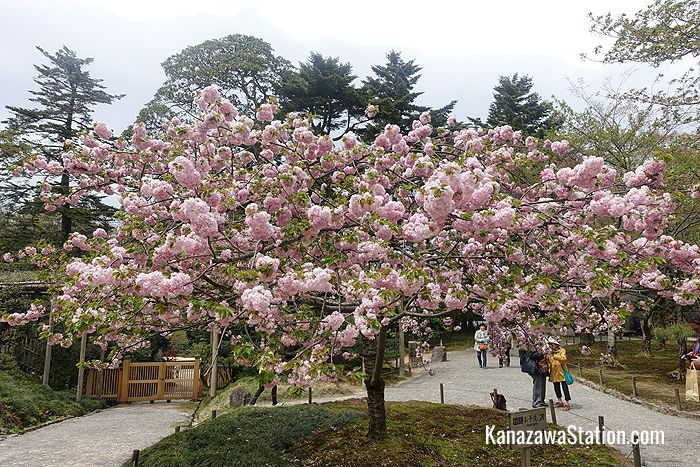 Where better to view the cherry blossom than in one of Japan’s most famous landscape gardens: Kanazawa’s Kenrokuen? Kenrokuen has 400 cherry trees and when in bloom they are illuminated at night. The garden is also free to enter for one week when the blossoms are at their best. 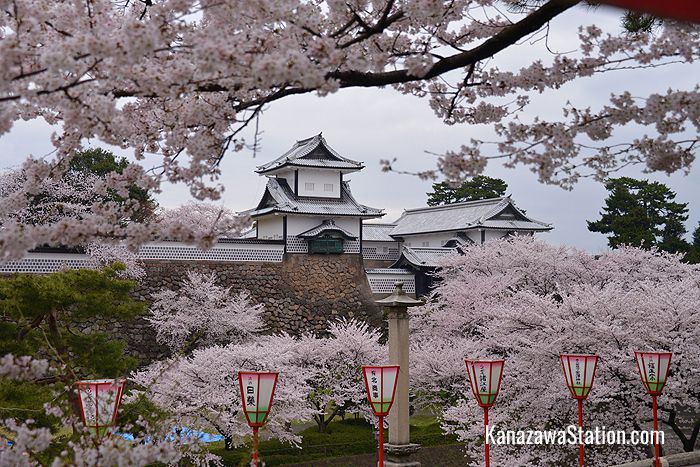 Other prime sakura locations are the Ishikawa-Mon gate of Kanazawa Castle Park, Utatsuyama Koen Park which has 250 trees in the Yonhyakunen-no-mori area, and along both banks of the Saigawa River. Kanazawa’s cherry trees usually bloom from early to mid-April, but this differs from year to year according to the weather, so be sure to check the sakura forecast before you go!

The Hyakumangoku Festival parade commemorates Lord Maeda Toshiie’s entry into Kanazawa Castle in 1583. The Maeda family ruled over Kanazawa for almost 300 years and during this time the city prospered and became a major center of culture. 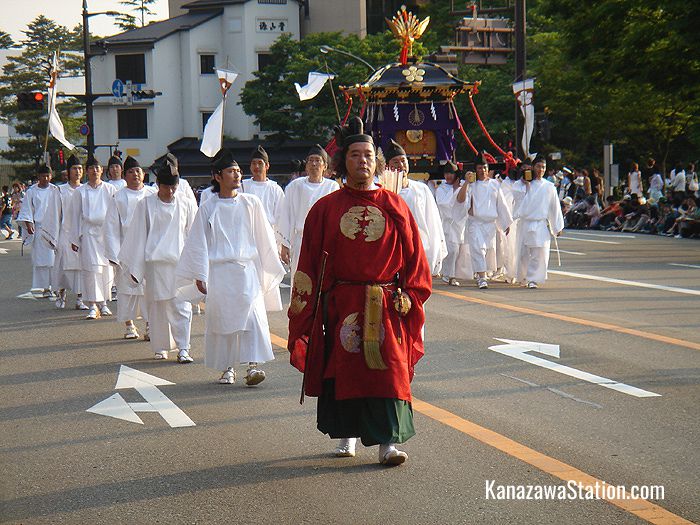 Today the people of Kanazawa look back fondly on these glory years of their history and celebrate them with Kanazawa’s biggest festival. The festival is held each year on the first Friday, Saturday and Sunday of June. On Friday evening candle-lit lanterns are floated down the Asanogawa River. On the Saturday the main event takes place. This is a massive parade in 16th century costume from Kanazawa Station to the castle, with one participant playing the part of Maeda Toshiie and 2,000 other local residents playing samurai warriors and other historical characters. After the parade arrives at the castle there is a Noh drama performance by firelight in the park. Other events include tea ceremonies, dynamic taiko drum performances,a children’s parade and traditional dancing in the streets. The whole festival is one big wonderful celebration of the city and truly unforgettable. 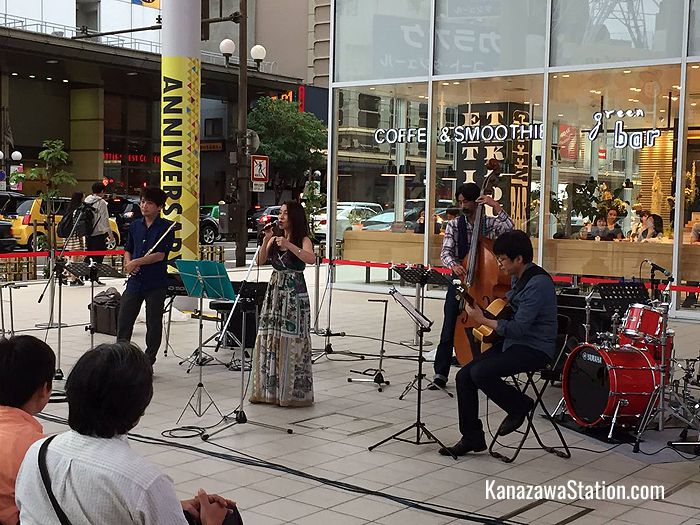 This jazz festival is held for four days in mid-September at various venues around Kanazawa city center. World class musicians often give live street performances for free. For details of this year’s schedule check the official website.