The Kanazawa Noh Museum is just one small museum among many in the city’s central museum district, but it is well worth a visit for its friendly and entertaining approach to Japan’s oldest style of classical theater. In addition to educational displays and hands-on theatrical props the museum also exhibits many fine artworks inspired by or associated with this most mysterious dramatic form. 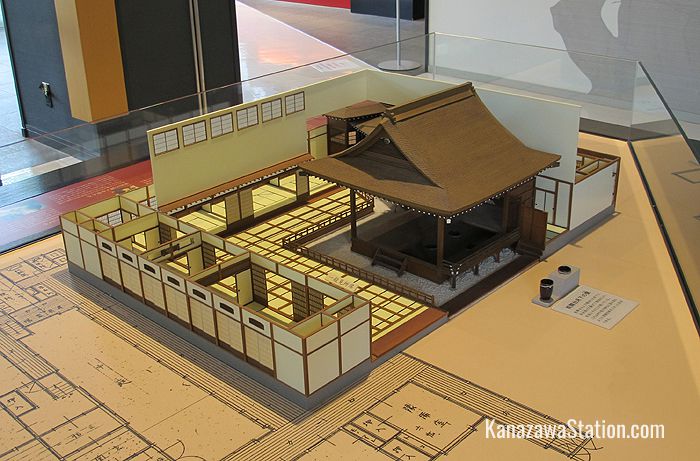 A model of a Noh theater

Noh drama is Japan’s most ancient dramatic form having been practiced for over 650 years and is today designated an Intangible Cultural Heritage by UNESCO. The plays are characterized by ritualized poetic chanting, stylized dance steps, hypnotic musical accompaniment, eerily beautiful masks, and richly decorated costumes. Noh has an especially rich history in Kanazawa where it was very popular with both the ruling nobility and the common people. A special form of Noh called “Kaga-Hosho” developed in Kanazawa, and people said that in Kanazawa “Noh chants fall from the heavens,” because carpenters on rooftops and gardeners in the trees would all be singing Noh songs as they worked. 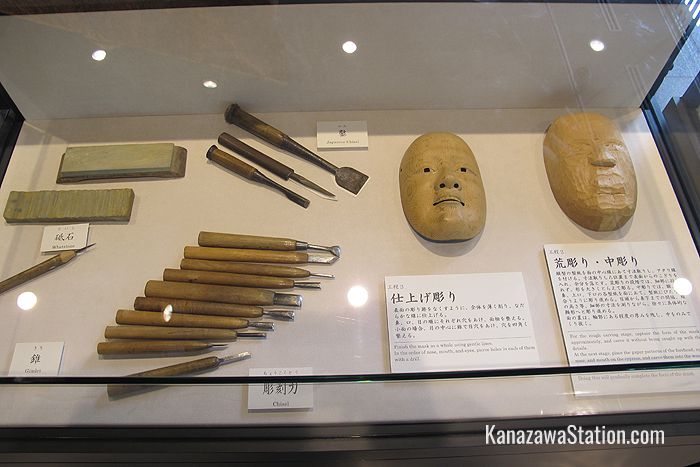 The 1st floor of the museum introduces the drama and its history with a combination of display models, videos, and original theatrical props such as costumes and masks that visitors can handle and touch. All the information is given in English as well as Japanese, and you will also receive an introductory pamphlet when you enter. In one corner of the 1st floor exhibition room the friendly staff encourage guests to try on a Noh mask and costume and take pictures. Noh drama is almost a sacred ritual, so guests have to bow to a mask before they put it on. Once fully clothed you get an idea of just how skilled and how strong the actors must be to act, chant and dance while wearing the surprisingly hot robes and the masks that make it hard to see your surroundings. 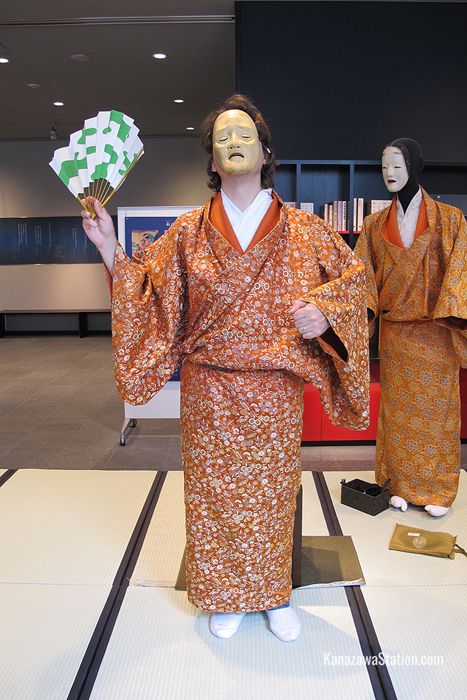 Dressing up in Noh costume

On the 2nd floor of the museum there is a video room showing old Noh performances, a reading room with picture books for children, and a large exhibition space. This exhibition room displays beautiful costumes and antique masks, as well as many artworks such as painted screens and hanging scrolls which depict scenes from Noh drama. There are also many colorful fans which are an important prop in Noh drama. Fans are used to help tell the play’s story with symbolic gestures. The way an actor moves his fan can be used to suggest an arrow in flight, the waves of the sea, or when raised to the lips: a sake cup. 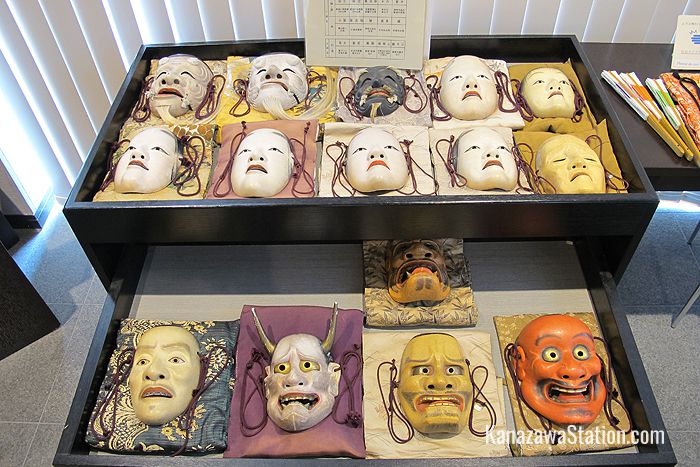 A display of Noh masks 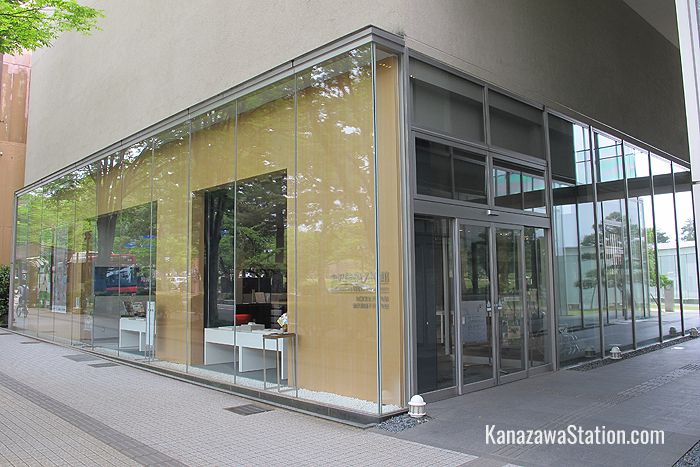