The Kanazawa Phonograph Museum is a unique and rather charming institution that holds and displays a significant collection of antique phonographs (also called gramophones) and SP (standard play) records. There are three floors of exhibits that trace the complete history of the phonograph from Thomas Edison’s first successful experiments in recording and playing back sound in 1877. The phonographs are well cared for, beautiful to look at, and the sound quality is impressive too. 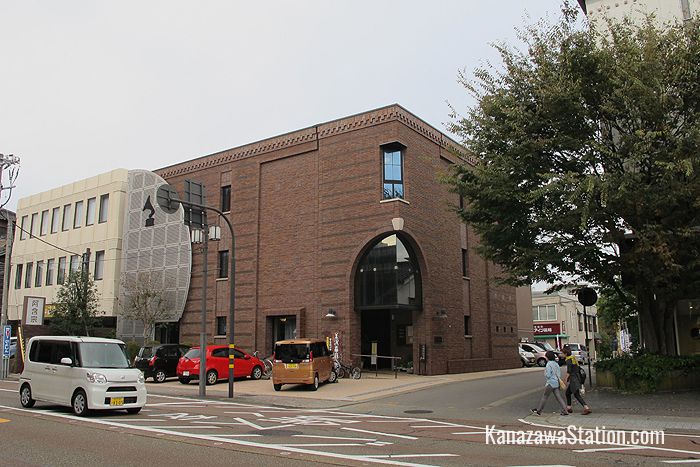 The museum grew out of the personal collection of audio enthusiast Hiroshi Yokaichiya who had opened his own phonograph shop before the war. As the years went by manually wound phonographs went out of fashion and began to disappear. Sometime in the 1970s Mr. Yokaichiya saw an old phonograph that had been casually thrown away and his heart ached. “If I fixed it, it would play again…” he thought and so to preserve the nostalgic sounds of the past, he began collecting and mending these old machines. Then one day he realized he had amassed a collection of 540 machines and over 20,000 SP records! Mr. Yokaichiya donated his collection to the city and the Phonograph Museum was opened in 2001. Sadly Hiroshi Yokaichiya passed away in 2003, but now the museum is run by his eldest son Noriyuki Yokaichiya, and it is still carrying on the good work of collecting and preserving these antique machines. 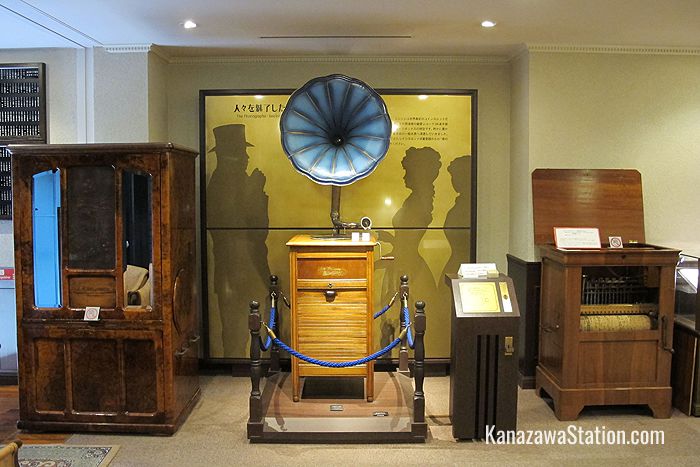 A Short History of the Phonograph

In November 1877 Thomas Edison walked into the offices of Scientific American magazine and placed before the editors a small machine which without any explanation he began to wind up with a hand crank. To the amazement of all present the machine then spoke: “Good morning. How do you do? How do you like the phonograph?” Today we take recorded sound for granted, but at that time this was astonishing and pioneering technology. These early phonographs underwent rapid mechanical improvements, from recording on metal, to using wax cylinders, and then onto flat records. And it was with these flat records that the sound quality of recordings was greatly enhanced. At the Kanazawa Phonograph Museum you can see and listen to a fantastic collection of phonographs from the Meiji era in the late 19th century and the Taisho and Showa eras of the early 20th century. 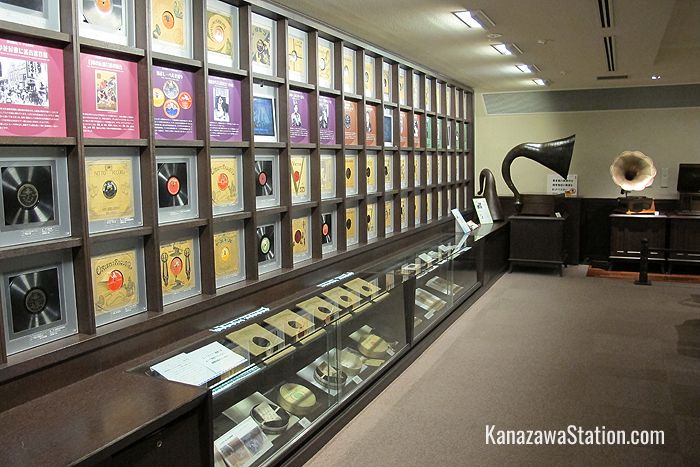 The museum holds 30 minute demonstrations of the different phonographs’ sound quality three times a day at 11.00, 14.00, and 16.00. There is some explanation of the different machines given in Japanese but there is also an explanatory pamphlet in English that you can ask for if you don’t understand. The museum also has an American pianola which dates from 1927. This is an automatic self-playing piano that plays music from a roll of hole-punched paper, so you can listen to actual performances from years gone by. The museum holds pianola performances every Sunday at 10.30, 13.30, and 15.30. And if you take a liking to the sound quality of the phonographs, the museum shop on the 1st floor has a collection of CDs with recordings from these magnificent machines. 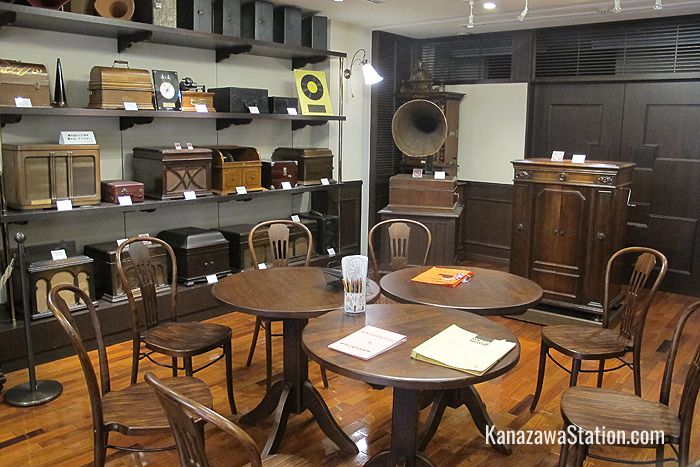 The Kanazawa Phonograph Museum is located in the Owaricho district of Kanazawa. To get there from Kanazawa Station take the Right Loop Bus from bus stop #7 of the east exit bus terminal. The fare is 200 yen and it takes 10 minutes to get to the Hashiba-cho bus stop. From the bus stop it is a 3 minute walk.