Kanazawa Shinise Memorial Hall (also called the Shinise Kinenkan in Japanese) is a historical wooden townhouse that was donated to the city in 1987 to be used as a museum. The museum is dedicated to exhibiting the traditional lifestyle and culture of Kanazawa’s citizens. Inside you can view an old style shop space, living quarters, a tea room, an attractive traditional garden and also some local handicrafts. Throughout the museum there is explanatory information in both Japanese and English. 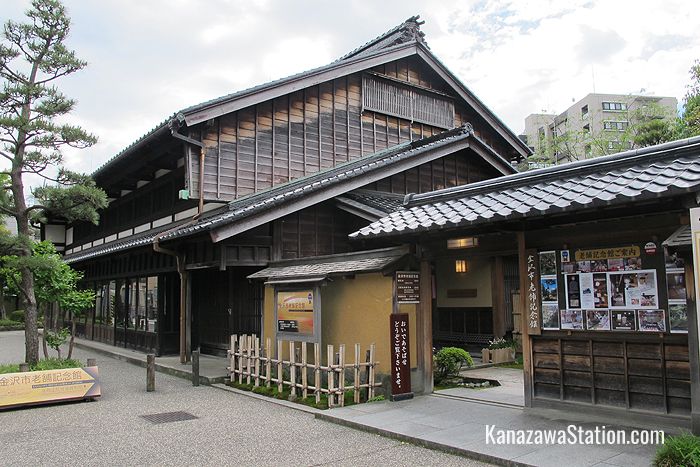 Shinise means “old shop” in Japanese and describes an old style merchant house that typically had a shop at the front of the building and a home at the back. This building originally housed a family run pharmacy. It was built in 1878, renovated in 1919, and moved to its current location in 1987. However, the Nakaya family who owned the building established their traditional medicine business as far back as 1579. 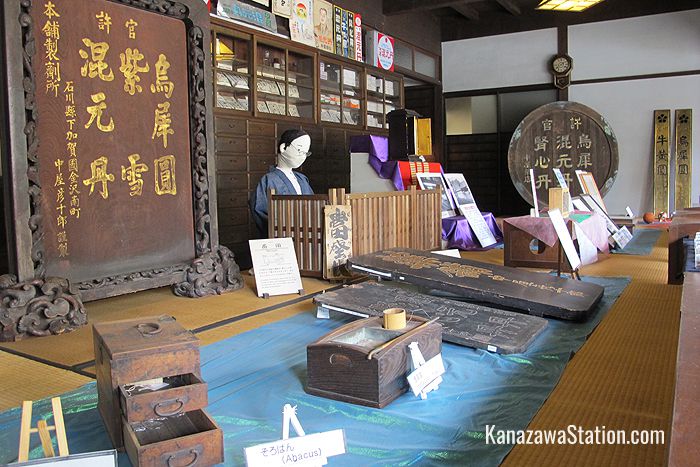 A reproduction of the original pharmacy

The Nakaya Pharmacy was a respected business in Kanazawa having been granted the right to sell Chinese medicine by the ruling Maeda family in the late 16th century. Their house was originally located in a more central location in town, and was unusually large, having extra rooms and even a tea room. 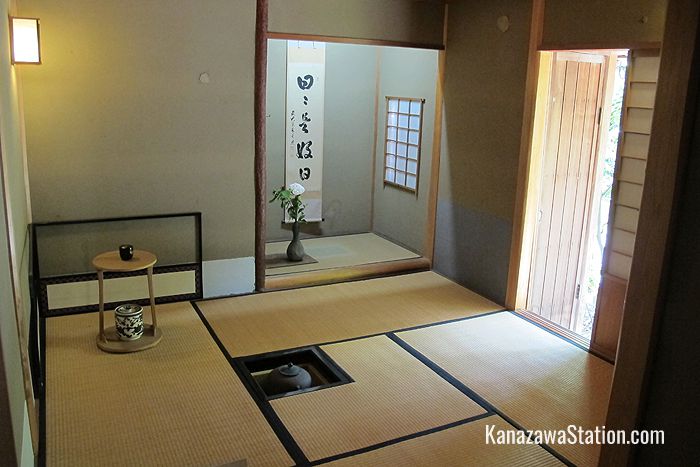 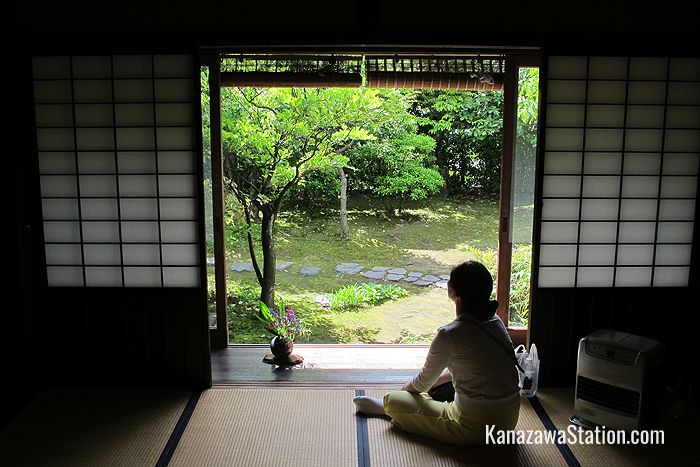 Many of the rooms are used to showcase traditional handicrafts made by the “shinise” businesses that are still active in Kanazawa today. 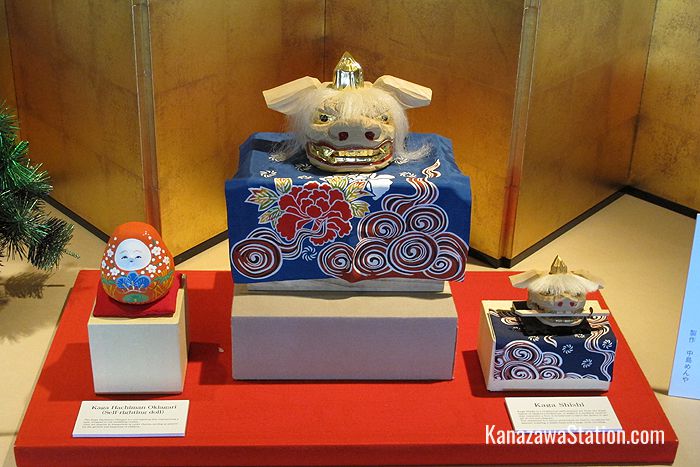 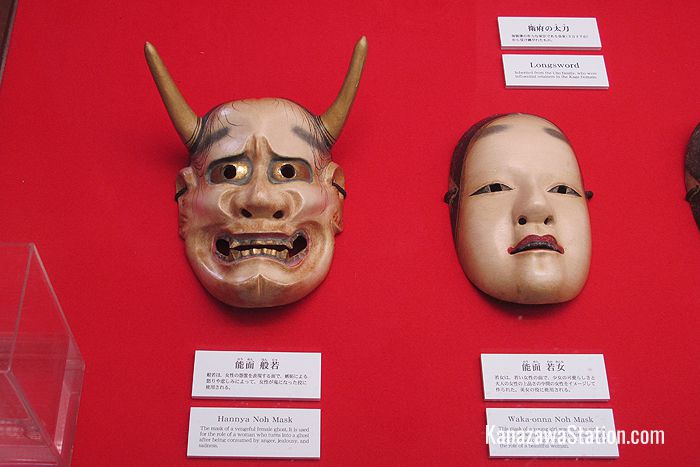 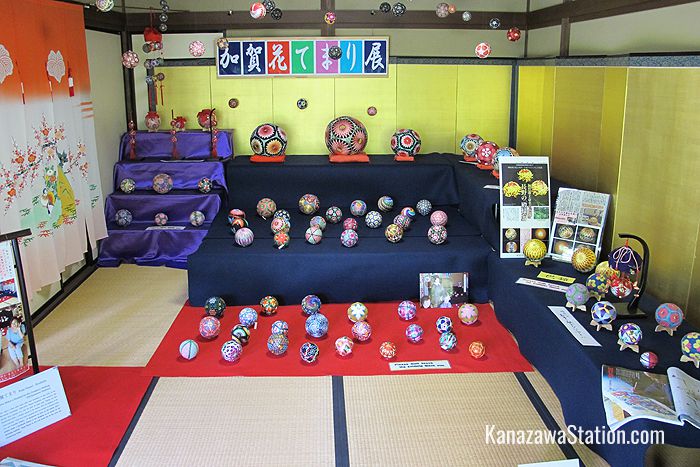 Temari balls are traditional toys. The colorful balls on display are crafted in silk and are used to decorate several rooms in the museum 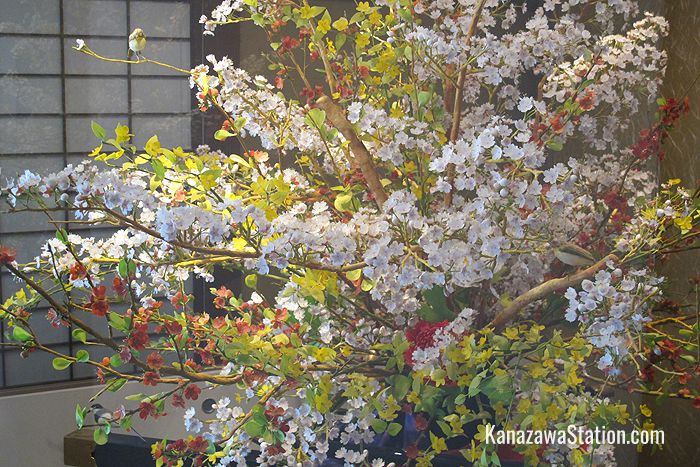 Kanazawa is famous for its confectionery. On the 2nd floor you can find a blossoming tree that is made completely of sugar!

Kanazawa Shinise Memorial Hall is located in the Nagamachi district of Kanazawa, a preserved area of historical buildings that were previously the homes of samurai. To get there from Kanazawa Station, take the Kanazawa Loop Bus from the East Exit of the station, and get off at the Korinbo bus stop. The fare is 200 yen and it takes 7 minutes. From Korinbo it is a 5 minute walk to the museum. 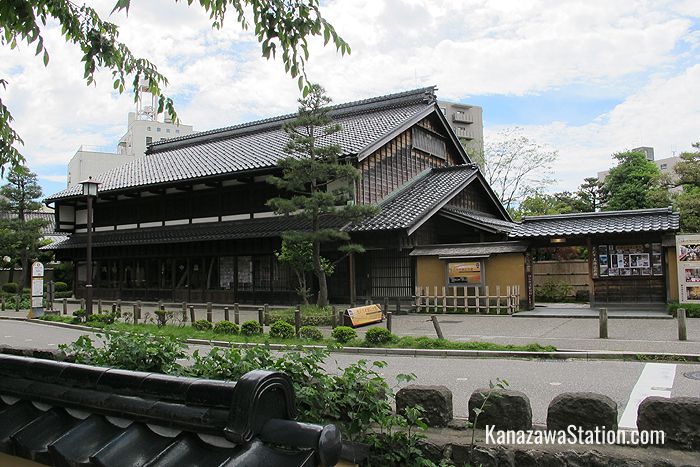 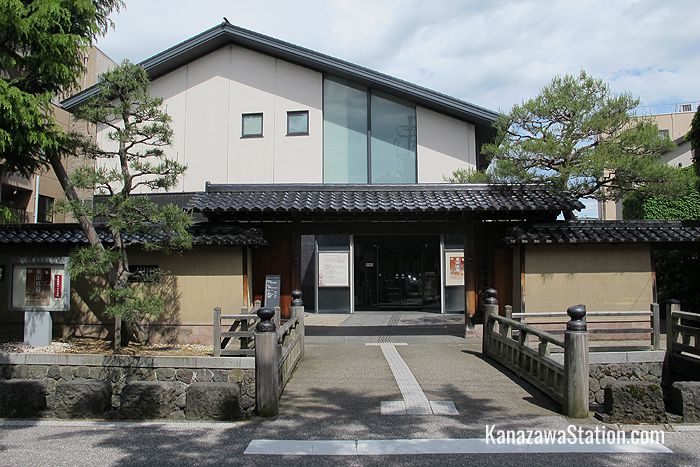 For 350 yen you can get a ticket that includes entry to this museum and also to the nearby Maeda Tosanokamike Shiryokan Museum which exhibits the records of a local samurai family. The Maeda Tosanokamike Museum has some samurai armor, paintings, hanging scrolls, old maps, and documents, but apart from an English pamphlet with general information about the museum, all the information on individual exhibits is in Japanese.