Myoruji Temple is often called “the Ninja Temple” because of its many trap doors and secret passageways. Actually, the temple has no connection with the historical ninja who were spies and assassins. However, its unique architecture and history makes it a fascinating location to visit. 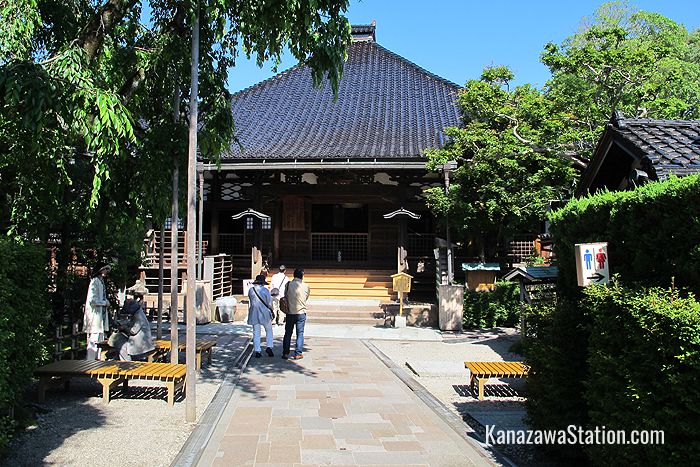 Myoryuji Temple was founded in 1643 as both a fully functioning temple, and also as a secret armed outpost for the local rulers, the Maeda lords. The building is constructed with a complicated network of stairwells and passageways, hidden corridors and secret rooms. At the time the central government had banned military defensive structures, so the Maeda lords got around this by having a network of temples built around the north and south of the city that could act as a line of defence if the city was attacked. That is why there are so many temples in the Teramachi area to the south of Kanazawa Castle and Utatsuyama area to the north.

Myoryuji in particular was cleverly constructed to get around government regulations, which stated that no building over three stories high was allowed. From the outside Myoryuji appears to be a two story building, but inside there are actually four stories with 23 rooms, 29 staircases and a lookout tower. There is also rumored to be a secret passageway from the temple well which leads to the castle. This could be used to send information to the castle if the temple was attacked. 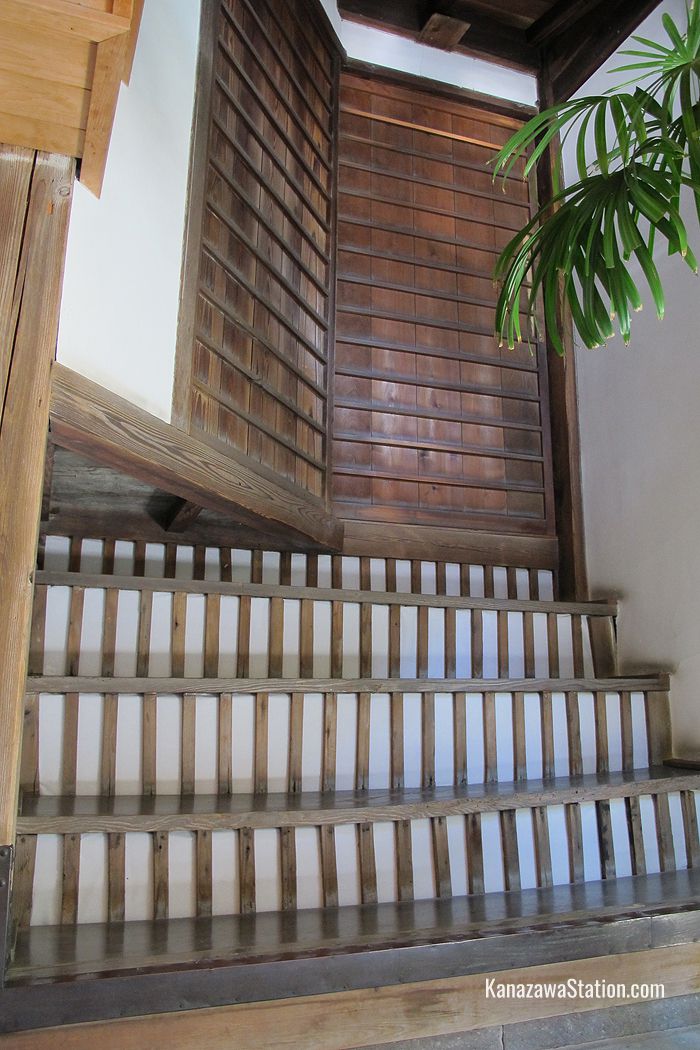 You can view all of Myoryuji’s secrets on one of the temple’s daily guided organized tours. The tours are in Japanese, but you will be asked your language and given a folder with pictures and explanations so that you can understand what is being said. Visitors are not allowed to translate for each other as if too many people are talking in such a small space it might be distracting for the other visitors. However, the folder you receive is very clear so this is not a problem.

Tours should also be booked in advance by telephone and can be booked up to 3 months before you visit. Although it is possible to make a booking on the same day the temple is very popular, so it is a good idea to book a tour as soon as you can. As there are continuous tours visiting the temple throughout the day, it is a good idea to go early in the morning and on a weekday so you can avoid the crowds.

Temple tours are given every thirty minutes from 9.00 until 16.30 or until 16.00 in the winter. For safety reasons pre-school aged children are not allowed on the tours. Tour bookings also have to be made by telephone (076-241-0888). This can be done in English, but you should be clear about the following information:

In addition you may also be asked to confirm that you understand that the tour is given in Japanese and that translation by other guests is not allowed.

On the day of the tour you should arrive at the temple 10 minutes before your tour starts. Finally you should also be aware that photography is not allowed inside the temple as Myoryuji still likes to keep its secrets! 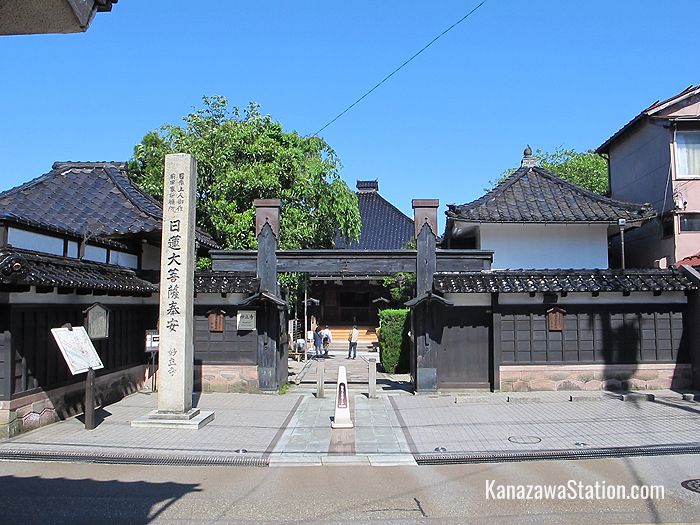 Myoryuji Temple is located in the Teramachi district. From Kanazawa Station’s East Exit take the Loop Bus from bus stop 7 and get off at Hirokoji bus stop. The bus takes 14 minutes and costs 200 yen.

The temple is closed on January 1st and on Buddhist holidays.