Nomura Samurai House is an historic home and garden in Nagamachi, a very well preserved district to the west of Kanazawa Castle. Nagamachi was formerly the area where the samurai of Kanazawa lived with their families. Today the area looks pretty much the same as it did in the Edo era, with canals and cobbled streets that run between earthen tile-topped walls. Nomura Samurai House is one of the chief attractions in this district. 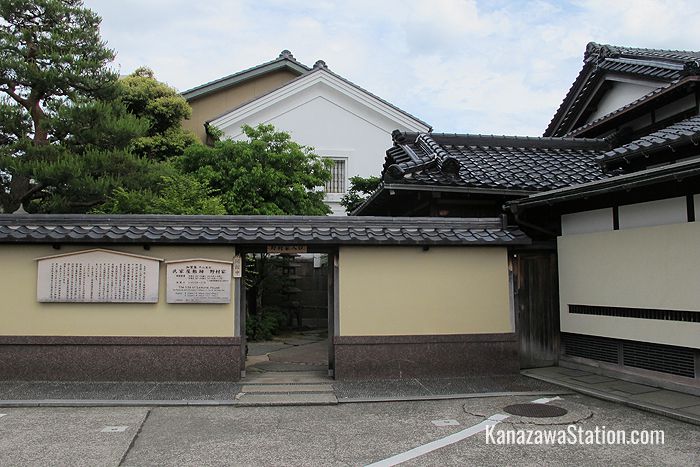 The side gate of the residence and the outer earthen wall

The house belonged to the Nomuras, a wealthy samurai family who served the ruling Maeda family from the 16th century until the end of the Edo period in the mid 19th century. At that time the old social class system came to an end, and many samurai houses were destroyed. The Nomura family also had to sell a lot of their property and this house began to fall into ruin. A wealthy businessman named Kubo Hikobei bought this property in the early 20th century. The drawing room of the current house is one that he had transferred here from an old house in a rural part of Ishikawa Prefecture. He also added a tea room to the building. Today the house is owned by the city and has been beautifully restored so that visitors can enjoy a glimpse of samurai home life. 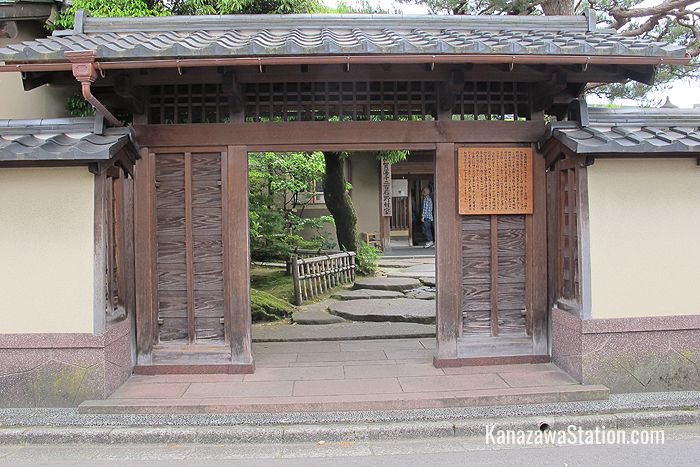 The front gate of the residence

Once inside the outer walls of the residence one passes over large stepping stones through an entrance garden and then into the house. 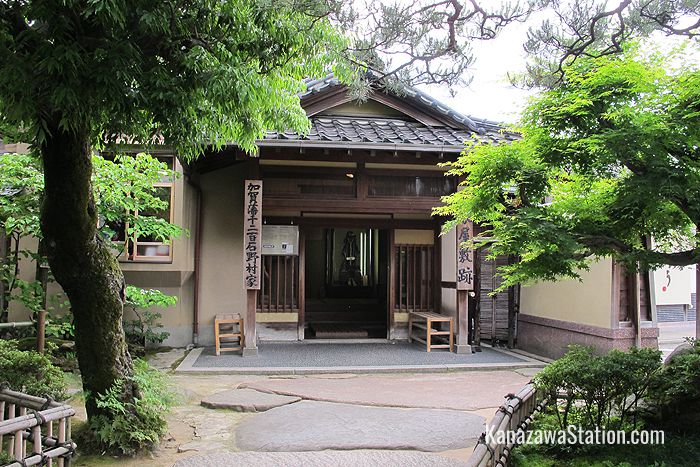 Inside you will find heirloom antiques and artifacts of the past: a suit of armour, beautifully painted fusuma screen doors, elegantly carved ranma transoms, and a ceiling paneled with cypress wood. 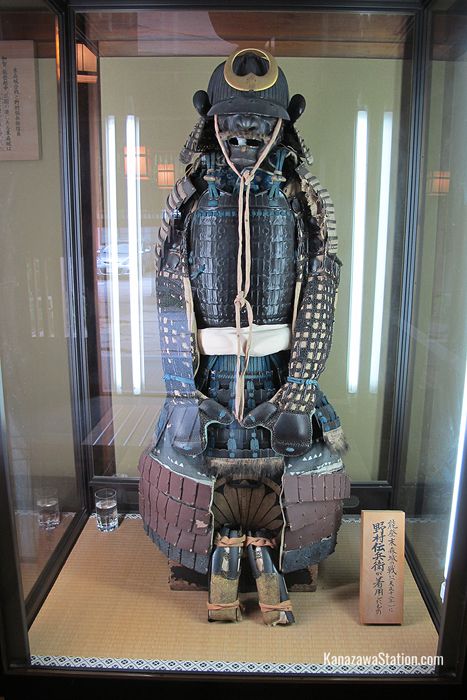 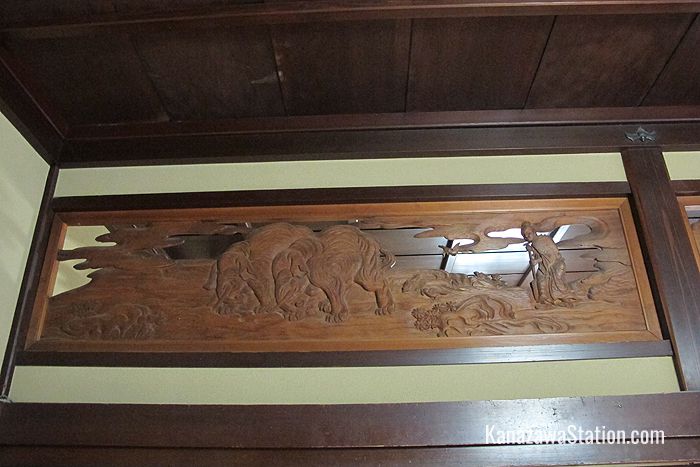 Ranma are carved wooden transoms above sliding doors. The spaces in the carving allow air to flow into the room even when the doors are closed 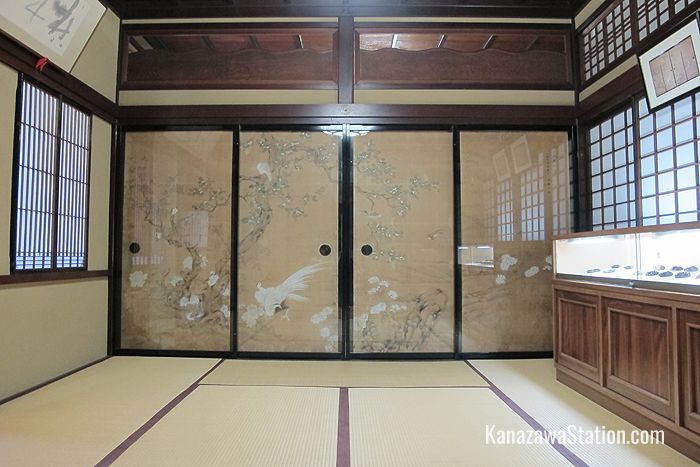 There is an inner garden also with stone lanterns, a small waterfall, and a pond stocked with colorful koi carp. 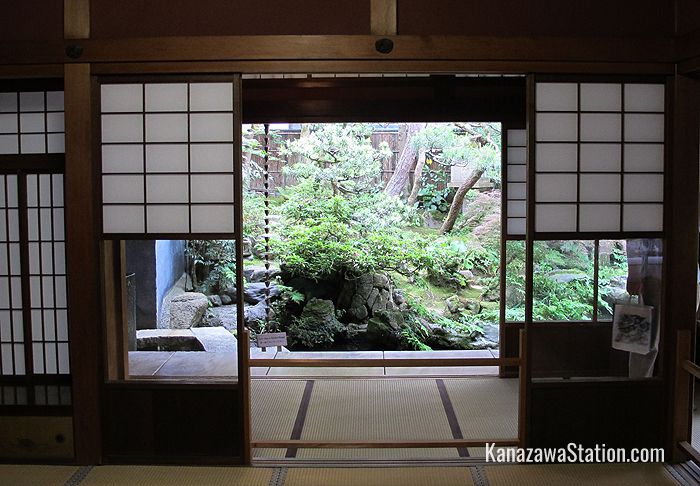 A first view of the garden 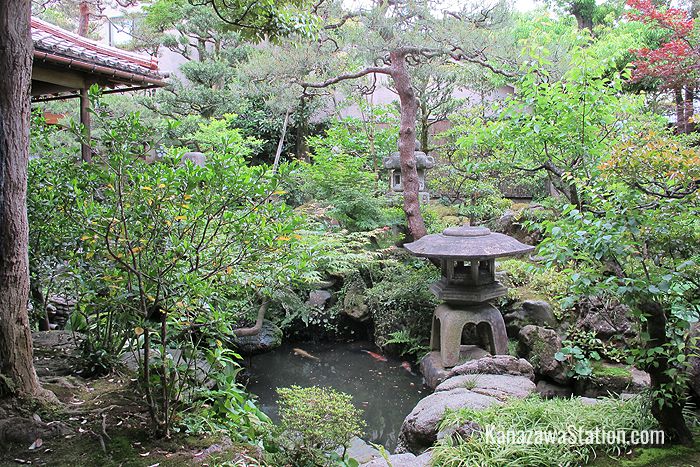 Viewing the garden up close

Despite its relatively small size, this lush green garden was listed in 2003 by the Journal of Japanese Gardening as one of the three top gardens in Japan. Many of the rooms of the house are arranged so that this garden can be viewed from different angles. Be sure to head up the old stone stairway at the back of the house to the second floor tea room. There you can enjoy yet another view of the garden from above and feel the cool breeze over the rooftops. 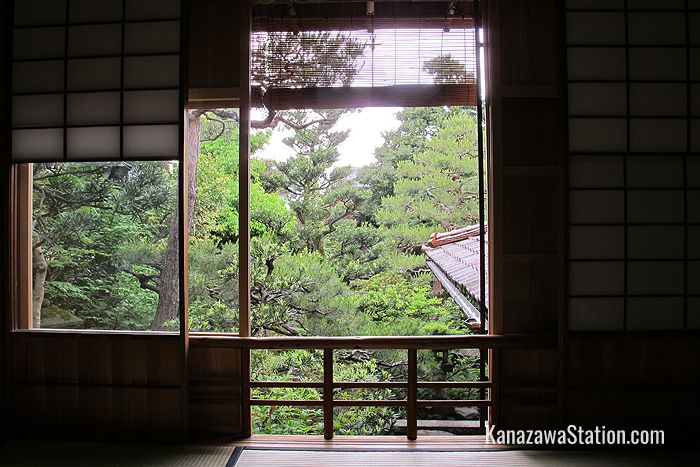 A view from the tea room

Nomura Samurai House is in Kanazawa’s Nagamachi district. To get there from Kanazawa Station, take the Kanazawa Loop Bus from the East Exit of the station, and get off at the Korinbo bus stop. The fare is 200 yen and it takes 7 minutes. From Korinbo it is a 5 minute walk to the Nomura House. 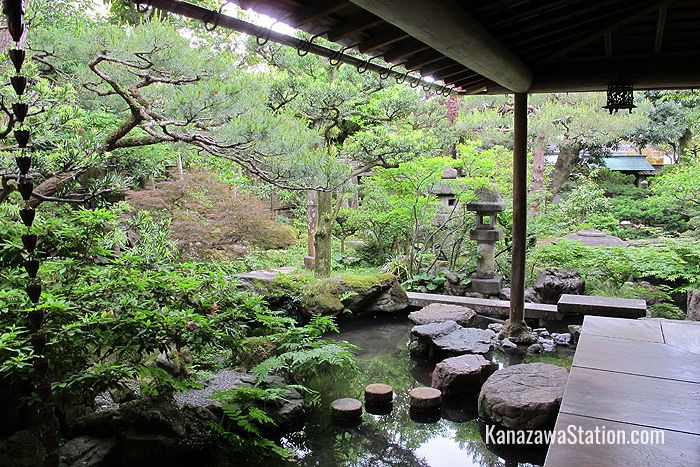