Oyama Jinja Shrine was originally established in the Utatsuyama area of Kanazawa in 1599. At that time it was called Utatsu Hachimangu Shrine. It was moved to its current location in 1873 and renamed Oyama Jinja. The shrine is dedicated to the spirits of Lord Toshiie Maeda and his wife Omatsu. Lord Toshiie Maeda was an important general during the Warring States Period in Japan and the first ruler of the local Kaga clan who lived at nearby Kanazawa Castle until 1868.

The main building of the shrine

The current shrine was built upon the site of a former Maeda family villa. The stroll garden and pond of the shrine originally belonged to the villa and dates from the Edo period.

The shrine gate dates from 1875 and is unusual as it shows a mixture of Japanese, Chinese, and European styles. It was designed by a Dutch man named Holtman, and is most famous for the Dutch style stained glass windows on the 3rd floor. There is a story that this top part of the gate was originally used as a light house. Though the gate was unpopular when it was first built, in 1950 in recognition of its unique style it was officially designated as an Important Cultural Asset. 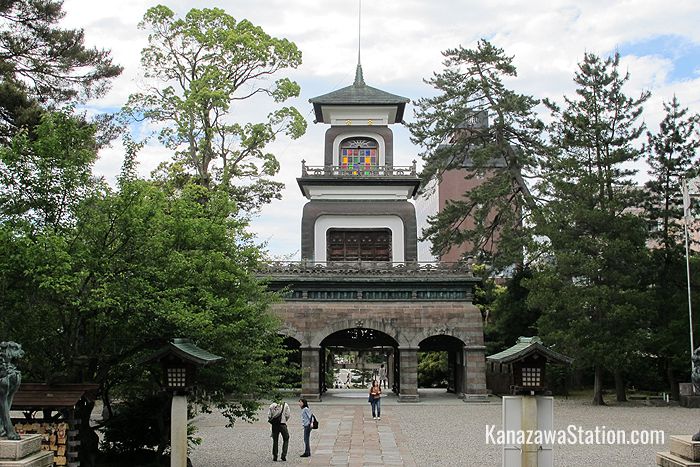 The garden was originally designed by Kobori Enshu (1579-1647) a famous gardener and architect of the Momoyama era. The outline of the pond is shaped to resemble a biwa or Japanese lute. It has three islands and a decorative bridge all connected by stepping stones and a zig-zag wooden bridge, called “yatsuhashi” in Japanese. 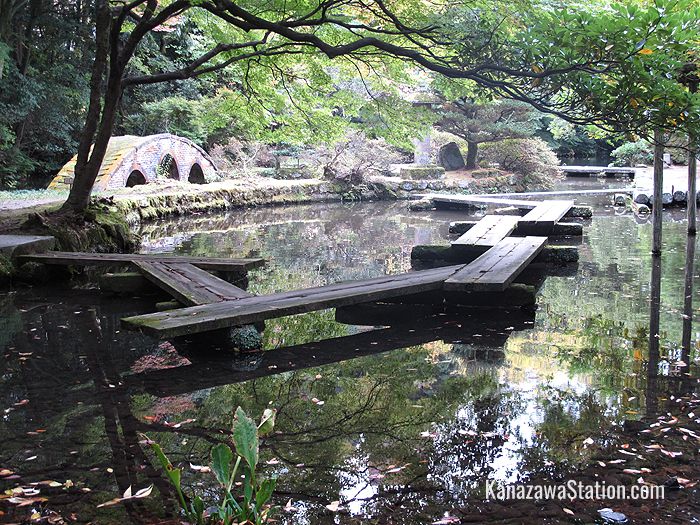 The shrine has a stroll garden and pond 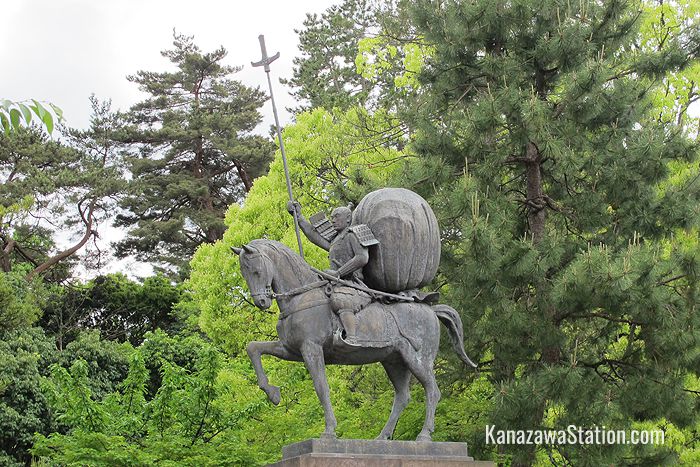 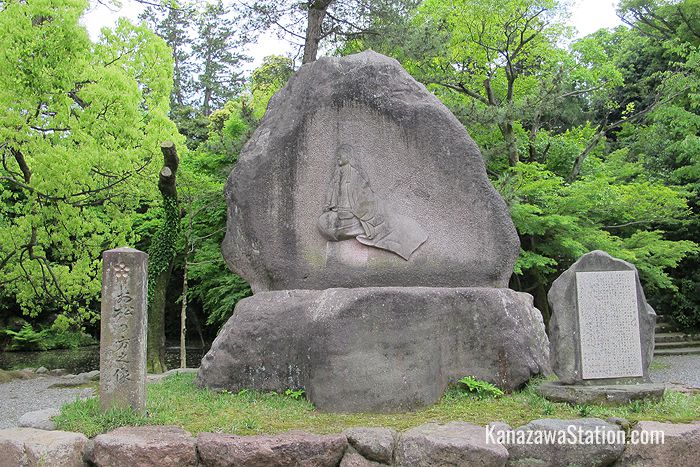 Lord Toshiie Maeda’s wife, Omatsu is depicted on a nearby rock

Look out for the sculpture depicting Toshiie Maeda’s wife, Omatsu, who was known for her intelligence and diplomatic skills. She was a great help to her husband during Japan’s Warring States Period, and was very popular in Kanazawa too. Perhaps because of the success of their marriage, many people pray for a happy marriage at this shrine. 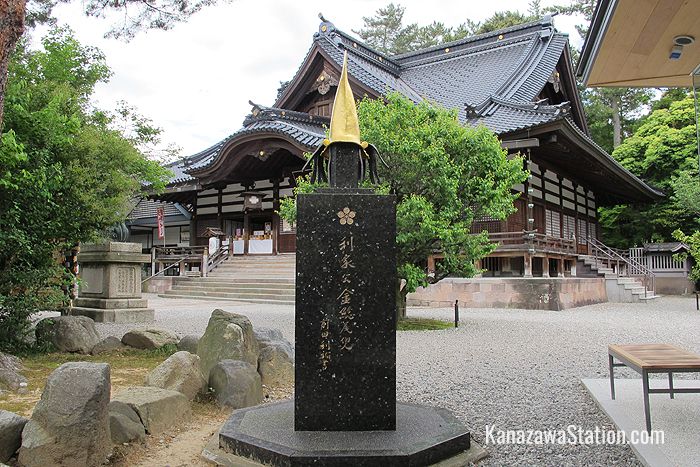 At the top of this tribute to the Maeda clan is a copy of Toshiie Maeda’s long golden war helmet which was shaped like a catfish tail. The original was made of leather and covered in gold leaf

Oyama Shrine is located to the west of Kanazawa Castle Park and is a 10 minute walk south from Omicho Ichiba Market. From Kanazawa Station’s East Exit take the Loop Bus from bus stop 7 and get off at Minamicho bus stop. The bus fare is 200 yen and it takes 6 minutes to reach Minamicho. From there it is a 3 minute walk.