Tentokuin is a very special Soto Zen temple in Kanazawa with beautiful interiors, mechanical dolls and a rather romantic history. 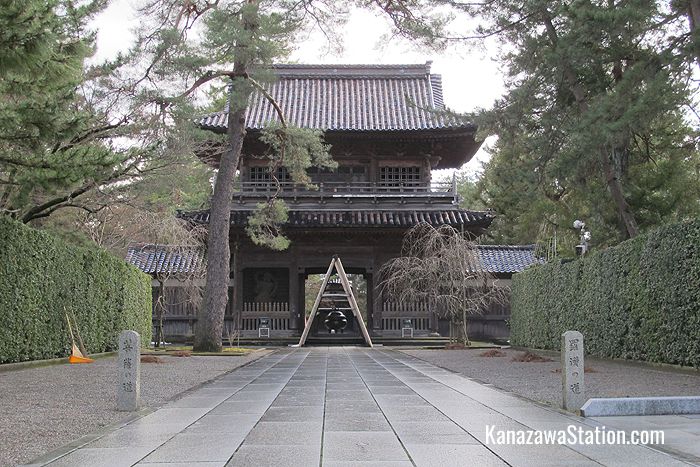 Many of Tentokuin’s original buildings were destroyed by fire in 1768. However, the Sanmon gate which dates from 1693 survived. The other buildings were rebuilt in just 70 days!

This temple was built in 1623 and dedicated to the memory of Tamahime who was the first wife of the local ruler Toshitsune Maeda. Tamahime was born in 1599 as the second daughter of Hidetada Tokugawa. The Tokugawas were the shoguns or military rulers of Japan at this time.

At the age of 3 Tamahime was sent to Kanazawa to be the wife of Toshitsune Maeda who was himself just 8 years old. This marriage was arranged to keep the peace between the powerful Tokugawa and Maeda families. Though their marriage was decided for them when they were just children, Tamahime and Toshitsune were apparently a very happy couple and famous for their mutual devotion.

In her short life she had 7 children but fell ill after the birth of her 7th child and died at the young age of 23. Her husband was so terribly sad to lose her that he openly cried in public, which was very unusual for a male ruler at this time. He had the Tentokuin temple built in her memory. 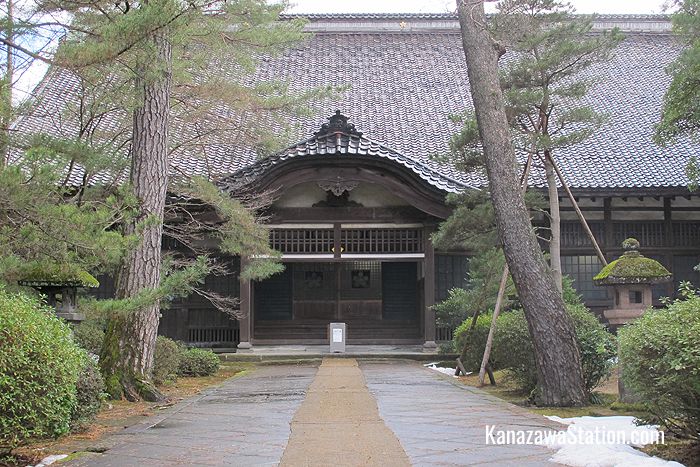 After paying your admission fee you will be given an explanation of the temple’s history and its various treasures. This explanation is given in Japanese only, so it is a good idea to bring a Japanese speaker with you to help you understand. There is also a free pamphlet which has some limited explanation in English.

The admission fee also includes a short karakuri automated doll show. If you wish to enjoy a cup of powdered matcha green tea while viewing the temple garden this will cost an additional 500 yen. Unfortunately, photography is not allowed in the temple interior. Among the temple treasures are unusual Edo era wooden statues of the Amida Nyorai Buddha who is depicted looking back to encourage his followers, and of the historical Buddha’s son, Rahula, who is depicted opening up his own stomach to reveal his enlightenment!

There is also a bell which the local ruler Narinaga Maeda had made for his own home in 1863. Apparently Narinaga had the bell sent to the temple after seeing it in a dream and hearing the bell say, “I want to go to Tentokuin!” 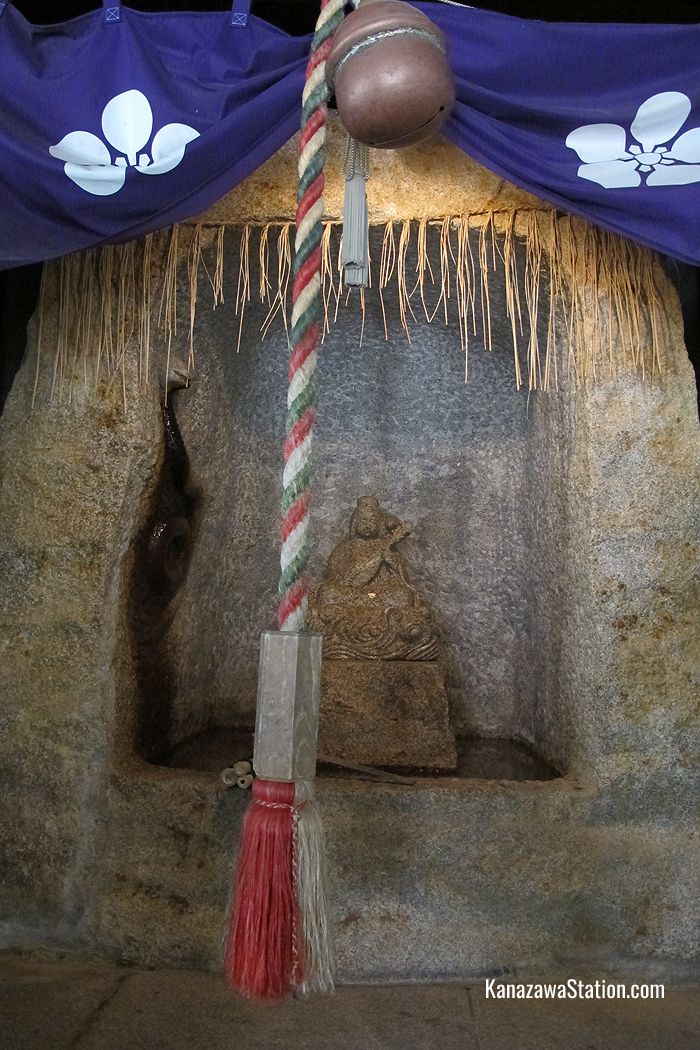 In the entrance to Tentokuin is a statue of Benzaiten, a Buddhist goddess of water, language, and music. Wash your money in the water at her feet and it is said to bring good fortune!

Tamahime was very fond of dolls and you can actually see two of her own paper dolls among other memorabilia in the temple. To commemorate her life the temple gives regular performances with karakuri ningyo: robot-like mechanical dolls which dramatize her story. The karakuri doll show lasts for 15 minutes and is given at 10.00, 12.00, 14.00, and 16.00. It is a good idea to time your visit to the temple so that you can see this show.

From Kanazawa Station take a regular bus from the east gate bus terminal to the Tentokuin-mae bus stop. A variety of bus services go this way, so ask at the bus terminal’s information center which service is next. The bus takes about 25 minutes for a fare of 240 yen. Here is a map of the location.