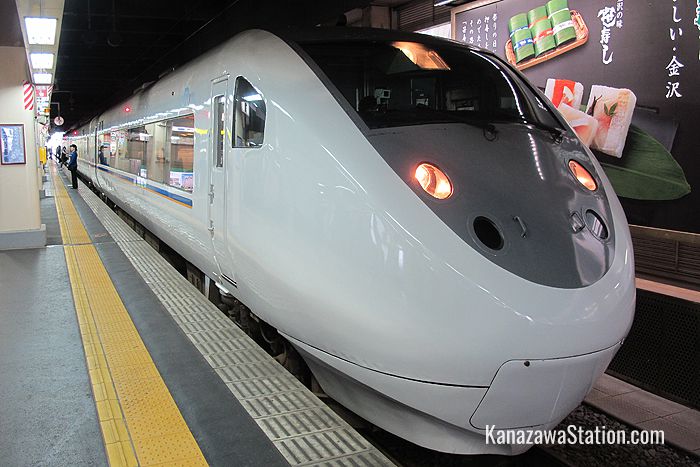 At Kanazawa Station the Shirasagi departs from Platforms 1 and 2. The Shirasagi is fully covered by the Japan Rail Pass.

Between Kanazawa and Maibara the Shirasagi runs along the Hokuriku Main Line stopping at the following stations. Stations in brackets are not served by all trains.

Trains that continue on from Maibara to Nagoya run along the Tokaido Main Line stopping at the following stations: 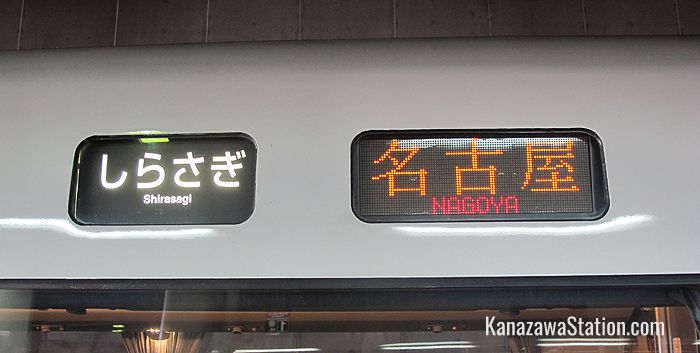 Carriage flags on the Shirasagi show the final destination

Ogaki City in Gifu Prefecture is known for its connection to the haiku poet Matsuo Basho and holds a Basho Festival every November. The city’s attractions include a small Basho museum and the reconstructed Ogaki Castle which was first built in 1500.

Gifu is the capital city of Gifu Prefecture. The city is best known for its castle which is located on top of Mount Kinka in the middle of the city. Also on the mountain is a restaurant with an observation deck offering dramatic views over the city and a “Squirrel Village” where visitors can enjoy close encounters with the many different species of squirrel that live on the mountain. Among the city’s other attractions are its many museums, the Great Buddha Statue in Shohoji Temple, and summertime cormorant fishing in the Nagara River.

This station serves the city of Ichinomiya in Aichi Prefecture. This city’s main points of interest are the Masumida Shrine which according to legend dates from 628 BC, and the 138 Tower Park. The park features a 138m high tower with an observation deck which is the tallest arched tower in Asia.

Nagoya is a major port city in central Honshu. Popular tourist attractions include Nagoya Castle, the Hommaru Palace, the Tokugawa Museum and Garden, and Osu Temple and shopping district.

Connections to Toyama and Wakura Onsen 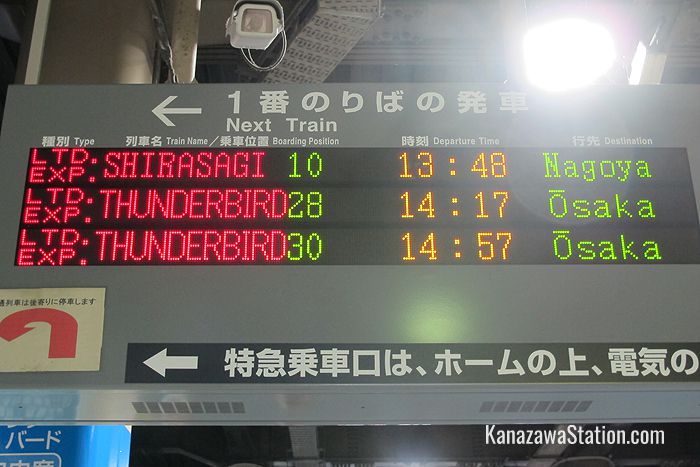 To quickly look up train times, connections, and fares for this route use the JR West Timetable and Route Finder.