The Ohayo Express and the Oyasumi Express together form a round trip limited express commuter service between Fukui Station and Kanazawa Station. This service only runs on weekdays and makes one round trip a day. The trains are named after the Japanese daily greetings ohayo which means “good morning,” and oyasumi which means “good night”. 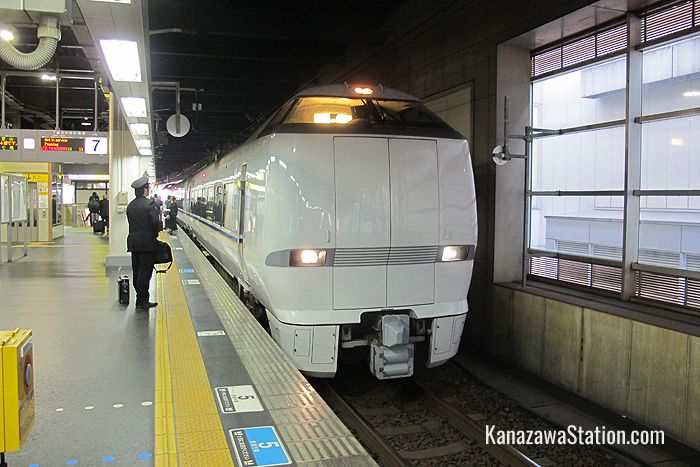 These two services stop at the following destinations. Train times vary according to the service. Train fares and example train times given below are from Kanazawa Station. 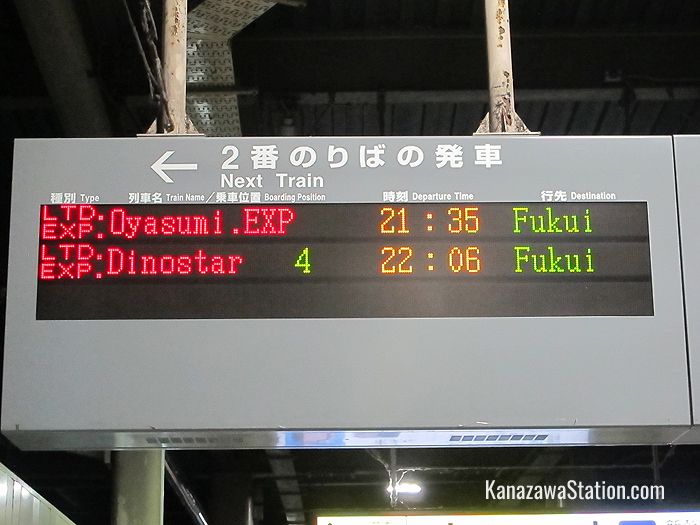 Komatsu City has many locations of interest which include Ishikawa Aviation Plaza, the Motorcar Museum of Japan, the traditional crafts village of Yunokuni no Mori, the hot spring resort Awazu Onsen, and Hoshi Ryokan, a traditional inn which was founded almost 1300 years ago.

Kaga is a large city that includes within its boundaries many smaller towns, among them the famous hot spring resorts of Yamanaka, Yamashiro, and Katayamazu. The Kaga & Hakusan website has recommendations for hot spring facilities. Natadera Temple can be reached via a short bus ride from Kaga Onsen Station. This temple has beautiful gardens and commands splendid views of Mount Hakusan.

Daishoji Station serves the Daishoji district of Kaga City, which has many preserved wooden Edo era houses. The station is close to Kutaniyaki Art Museum, and the Zen temples of Zenshoji and Jisshoin. Boat cruises are popular in the spring when the cherry trees along the Daishoji River come into bloom.

The city of Awara is famous for its hot spring spa resorts. The official Awara City website has a list of recommended hot spring facilities.

Fukui is the capital city of Fukui Prefecture. Its famous sites are the Zen temple complex of Eiheiji Temple, Fukui Fine Arts Museum, the Ichijodani ruins (a partially reconstructed 15th century castle town), and in spring the 600 cherry trees that line the river Asuwa. 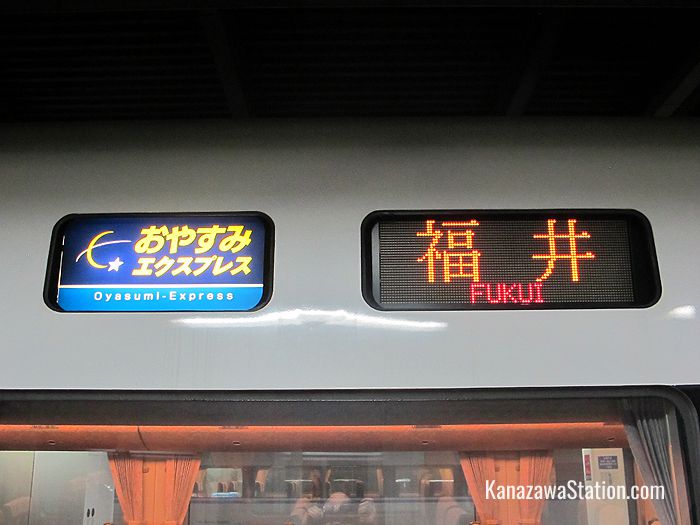 Carriage banners for the Oyasumi Express 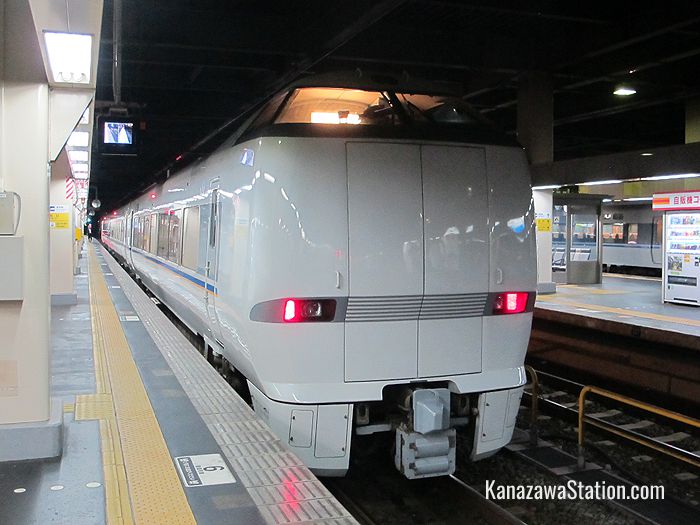 If you don’t have a Japan Rail Pass, you might consider investing in a Hokuriku Area Pass, to fully explore the Hokuriku area.