Kurando Terashima, who lived from 1777 to 1837, was a middle class samurai retainer to the ruling Maeda family. Since 1974 his house and garden have been preserved as an important cultural property of the city and they are open to the public as a museum. This beautiful building provides a rare glimpse into the elegant home life of Kanazawa samurai families in the late 18th and early 19th centuries. You will find the wooden house on a quiet back street surrounded by high earthern walls. Once inside you will feel like you have stepped back in time. 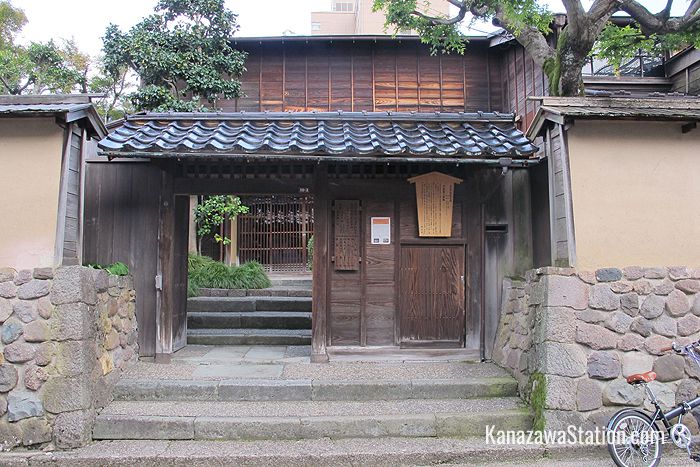 Kurando Terashima was a capable official who held administrative roles in local government until changes in local politics and his own strong opinions resulted in his dismissal in 1825. He was also an accomplished painter however, and you can see some of his works displayed in his home together with works of calligraphy and other family antiques. 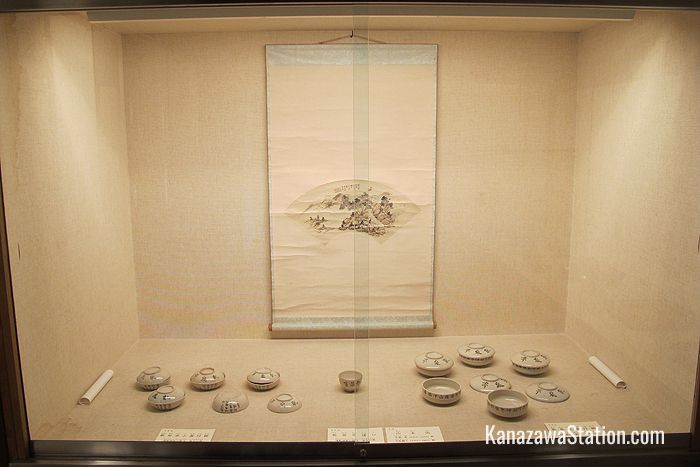 The staff at the house do not speak English but there is an English pamphlet that describes the background of the house and there is also an English audio explanation in some of the rooms which comes on when you press a button. Unusually for Japanese museums visitors are allowed to take pictures inside the building. 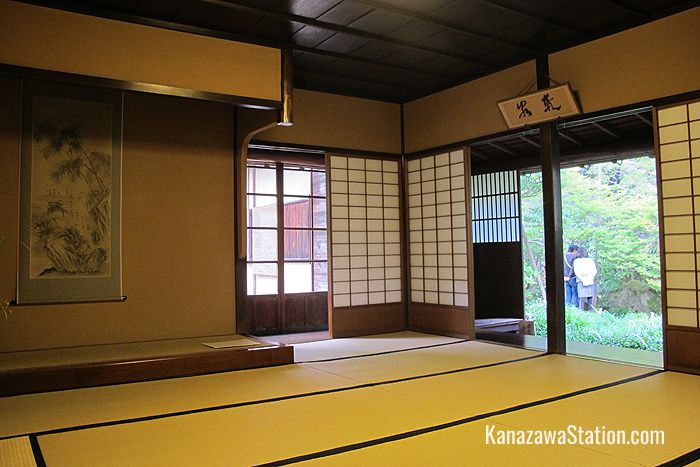 Japanese rooms are measured by the number of tatami mats and this room is quite large with 13.5 mats

Above the entrance to the garden is a sign which reads “kensen” meaning “dry spring”. The calligraphy was written by a famous artist and musician named Urakami Gyokudo who visited Kurando to give a koto performance. The name “dry spring” is a reference to the garden pond which had no water. 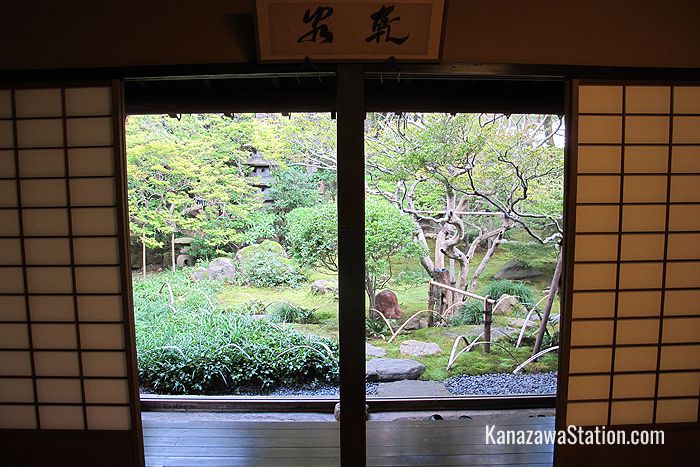 A garden view. The sign above the entrance to the garden reads “kensen”

The garden is delightful in all seasons but is particularly well known for its azaleas in the spring and its maple leaf foliage in the autumn. 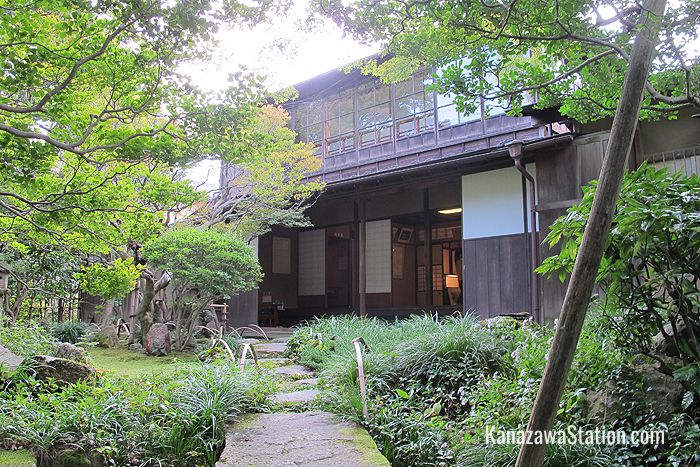 Viewing the house from the garden 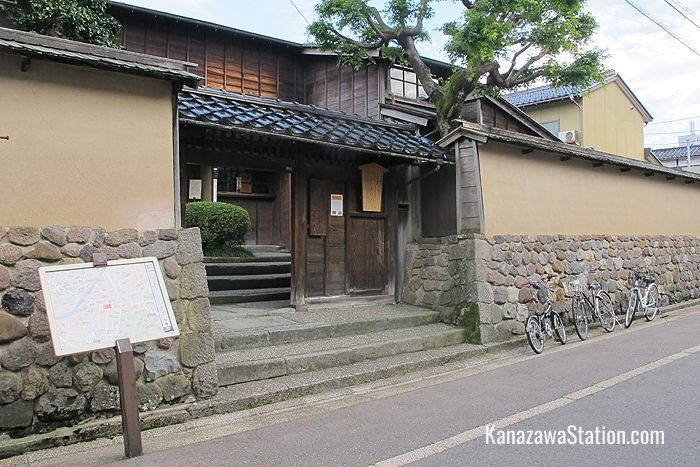 A view of the house from the street