The Nanao Line is a railway line in Ishikawa Prefecture that runs between Tsubata Station and Anamizu Station. It is an important route for accessing destinations on the Noto Peninsula. The line is operated by two companies: JR West and by the semi-private Noto Railway. This line does not connect directly with the rest of the JR West railway network. To access the line from Kanazawa Station passengers can take a through train service that runs along the IR Ishikawa Railway to Tsubata Station and then continues on the Nanao Line. Most through services from Kanazawa Station terminate at Nanao Station. 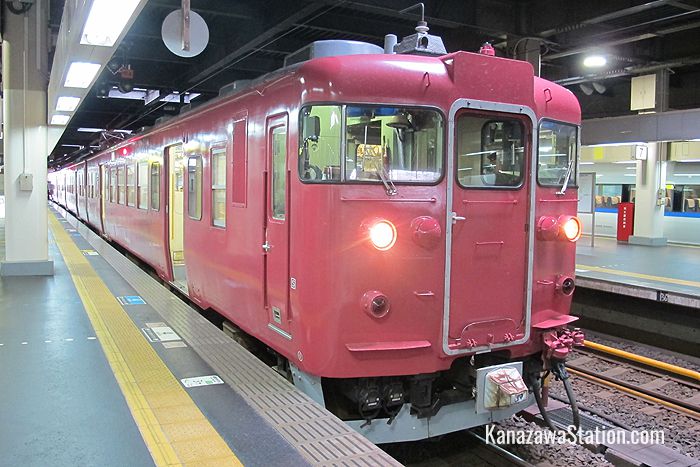 A local train bound for Nanao at Kanazawa Station

The southern part of the Nanao Line from Tsubata Station to Wakura Onsen is run by JR West. There are 20 stations on this part of the line:

A carriage banner on a train bound for Nanao

Below are the main destinations with fares and example train times given from Kanazawa Station.

Exit here for the Cosmo Isle Space Science Museum which has exhibits dedicated to space exploration and UFO sightings. The city of Hakui has a reputation for being the number one location in Japan for UFO sightings.

Nanao is the Noto Peninsula’s largest city. Exit here for the Nanao Art Museum, the preserved traditional buildings on the shopping street of Ipponsugi Dori, and the lively market at Nanao Fisherman’s Wharf which is a good place to pick up souvenirs. The Seihakusai Dekayama Festival, which takes place on May 3rd, 4th and 5th each year, is the Noto area’s biggest festival and features massive floats being pulled through the streets. On the last Saturday of July each year, Nanao hosts the “Monterey Jazz Festival” which attracts musicians from all over the world.

This is the northern terminus of the Nanao Line. Anamizu’s most traditional craft is metal casting and you can view the history of this local industry at the Noto Nakai Cast Metal Museum. Anamizu also holds a winter oyster festival on the last weekend of January each year. 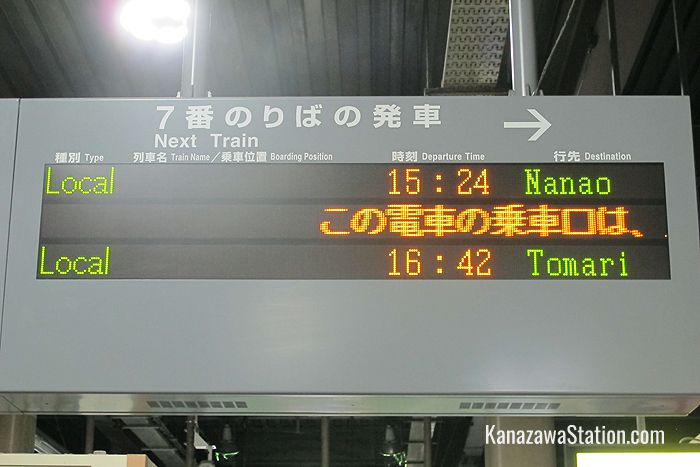 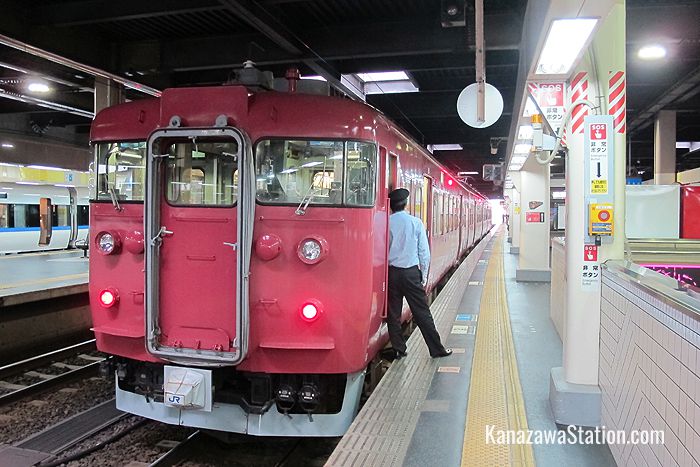 All aboard for the Noto Peninsula!

There are three express services that run between Kanazawa Station and Wakura Onsen Station. These are the Limited Express Noto Kagaribi, the Limited Express Thunderbird, and the Hanayome Noren excursion train. These services are run by JR West and are fully covered by the Japan Rail Pass.